My personal gender and LGBTQ+ story 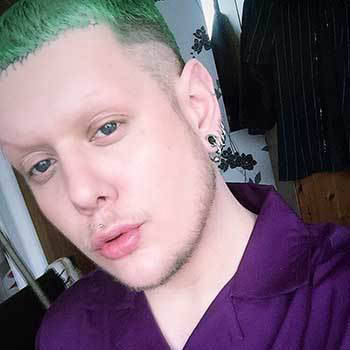 Hello, my name is Jack Oliver. I am currently living back in my hometown of St Neots after many years of travelling the country working. I am now working as a carer at Nelson Lodge care home.

On the subjects of gender & LGBTQ+ my personal story is that growing up I found myself struggling with gender for many years.

I found that I would be categorised as transgender; this meaning an individual’s gender does not match the sex assigned at birth. I always believed I was in the wrong body and that one day I would consider surgery.

Once discovering the LGBTQ+ community I found that I could feel comfortable expressing myself in my unique way. I now believe that I don’t fit into either of the two sexes we find in tick boxes. I tend to use the title ‘MX’ where I can, rather than Mr/Miss/Mrs, and use the pronouns ‘they’ or ‘them’; or you can just simply call me Jack! 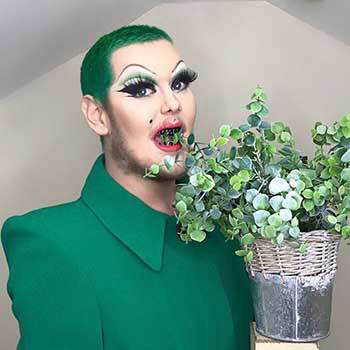 Growing up I was influenced by the music and other creatives around me, and knew I wanted to work within the makeup industry. Then I discovered drag and gender illusion! Drag is a huge part of my life. I spent many years working in clubs; hosting and performing, dressing-up in fun creative looks and working around themes I was inspired by. I still create makeup images for social media, but I have not appeared in drag shows for many years now as I have focused on other parts of life.

The staff at Nelson Lodge have been very accepting. In fact, everyone I have met from Anchor Hanover has been lovely and made sure I’m included. My mother worked at Nelson Lodge before me and I think had talked a lot about my work in makeup, hair-art and other things I’d done in the past, which may have helped!

When people find out I am a drag artist, many are not surprised. I am a very stand-out person, so a lot of people expect it from someone who looks like me. But others who don’t know or haven’t met me before usually have more questions and want to see photos. I tend to give people a giggle and laugh more than scare or freak anyone out with my images!

I have a lot of close friends and people I consider family who are part of the LGBTQ+ community, so days like International Day Against Homophobia, Biphobia and Transphobia are close to my heart. I think as a world we have to, and should, understand and respect everyone for who they are.

Let’s respect all lives.
We matter.
We are alive.