The Yorkshire Show might have moved online because of the coronavirus pandemic, but a care home from Harrogate has decided to organise its own country show instead. 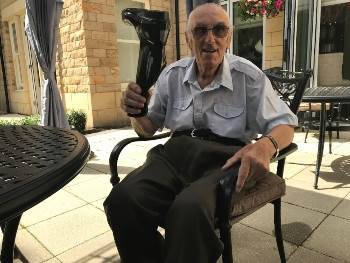 The Manor House in Cornwall Road and four other care homes organised a day of fun country-themed events for their residents in their grounds and on Zoom.

Residents and their families vied for the top titles in a variety of competitions, including the largest vegetable challenge, best Yorkshire pudding, a dog show or most impressive flowers grown in their garden.

Residents were also entertained by films of Morris Dancers and a horse show thanks to staff from Wetherby Manor which was broadcast to The Manor House on Zoom.

The day had special significance for Ernest Hewick, 85, who has lived at The Manor House since June this year, as his father was a farmer on the Stockeld Estate in Wetherby. 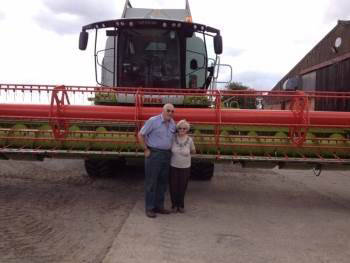 Ernest followed in his father’s footsteps, and after leaving school at 15 years old, he was employed on several farms, working with horses, and ultimately he got a job on the Ribston Estate in Walshford where he was promoted to foreman and where he worked until he retired in the year 2000 although he continued working part-time as a labourer until he was 70.

He was presented with a long service medal by the Royal Agricultural Society at the Royal Show for his contribution to the farming sector.

During the care home’s Yorkshire Show, Ernest took part in the Wellie Wagging competition to see who could throw a boot furthest.

Ernest, who was married to wife Vera for 56 years, said:

I had a lovely time at the home’s Yorkshire Show. The day brought back many memories. I worked for three generations of the Dent family while working on the Ribston Estate, and that’s where I met my beautiful wife, Vera, who was employed as a nanny. We were married at Hunsingore Church and had four children.

Farming is still in my family and my grandson now works for the Dent family driving a tractor. But times have changed. When I was younger it would take 13 men to farm 400 acres but advances in technology mean two men can now farm 2,000 acres in the same amount of time.

Unlike today’s farms which specialise, Ribston Estate was mixed farming so raised stock as well as producing crops. I used to shepherd 350 ewes and the Dents used to exhibit some of them and cows and pigs at the Wetherby show. 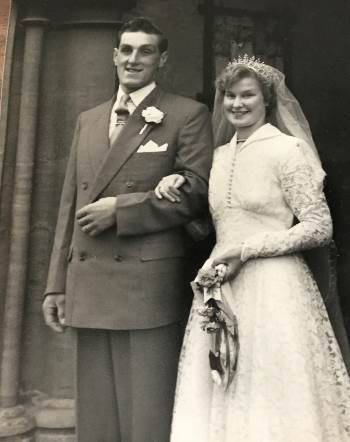 We organise a wide variety of meaningful activities for our residents, which includes visits to the Yorkshire Show.

The residents were so disappointed when it was cancelled so we decided to organise our own Yorkshire Show to showcase the great talent we have in Anchor’s five care homes, whether it is master bakers, talented dogs and their owners or keen gardeners.

We also wanted to bring life in the country to our residents hence us organising films of local Morris dancers and different types of horses.

It was such a fun day with everyone having such a great time, and it was an opportunity to bring back many happy memories for our residents.