The Manor House hold their own Yorkshire Show

The Yorkshire Show might have moved online because of the coronavirus pandemic but a care home from Barnard Castle has decided to organise its own country show instead. 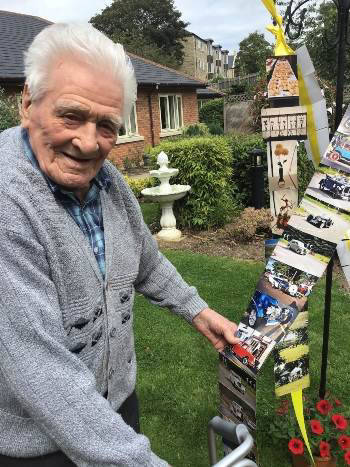 The Manor House in John Street and four other care homes run by not-for-profit provider Anchor organised a day of fun events for their residents in their grounds and on Zoom.

Residents and their families vied for the top titles in a variety of competitions, including largest vegetable challenge, best Yorkshire pudding, dog show or most impressive flowers grown in their garden.

The residents were also entertained by films of Morris Dancers and a horse show from Wetherby Manor which was broadcast to The Manor House on Zoom.

The day had special significance for World War Two veteran James “Ted” Armes, 95, who is a former farmer.

From a young age, Ted had worked on his uncle’s farm in Whitby during the school holidays.

Although his job as a farm hand meant he was exempt from joining the forces at the outbreak of the Second World War, that was all he ever wanted to do – to follow in his father’s footsteps who served in both World Wars.

So leaving his agricultural job behind him aged 15, he joined the Royal Navy and volunteered to work on a submarine in 1943 during which time he took part in experiments, staying under water for a whole month on HMS Taciturn to see how long they could stay down. 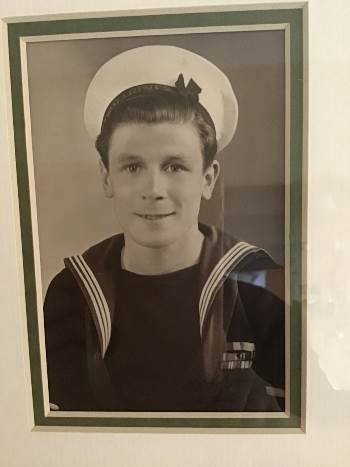 During the War, he also served on board boats as well as submarines, and the Russian government presented him with four medals for his bravery in escorting ocean convoys, protecting them from attacks by the German U-boats.

It was while serving on the submarines that he sailed up the river to Londonderry, Northern Ireland, which is where he met his future wife, Winifred, who was a Wren in the Navy. They were married in Kendal, Lancashire, several years later.

I had a lovely time at the care home’s Yorkshire Show. The day brought back many memories of when I used to work on my uncle’s farm where I would help in the fields, thinning turnips which was back breaking work. It used to take us days to do this by hand whereas nowadays machines can do this much quicker.

I remember looking up from the fields which overlooked the sea, taking in the lovely smell of fresh sea air and watching the passing ships and wishing I was on one of them! Little did I know at that time how I would play a part in fighting for King and country a few months later.

We organise a wide variety of meaningful activities for our residents, which includes visits to the Yorkshire Show.

The residents were so disappointed when it was cancelled so we decided to organise our own Yorkshire Show to showcase the great talent we have in Anchor’s five care homes, whether it is master bakers, talented dogs and their owners or keen gardeners.

We also wanted to bring life in the country to our residents hence us organising films of local Morris dancers and different types of horses.

It was such a fun day with everyone having such a great time, and it was an opportunity to bring back many happy memories for our residents.