Rob Devonshire, Chef at Anchor’s Clayburn Court care home in Peterborough has made it to the final of Anchor’s Chef of the Year 2018 competition.

Rob is one of only eight candidates shortlisted for Anchor’s Chef of the Year. Rob has been head chef at this Peterborough care home for three years having previously come from a hotel at nearby Stilton, The Bell Inn.

Says Rob: "I was at The Bell for 23 years and saw it grow from a nice traditional pub serving normal customers, to a top rated fine dining establishment where people would come from miles to eat and enjoy the atmosphere. Without being too radical I have tried to bring some of those skills to Clayburn Court and so far have met with some really positive feedback so I must be doing something right!"

This is the second year in a row Rob has been short-listed for the award so will he be doing anything different this year?

"Last year I did a loin of pork with cabbage and sweet potato followed by a passion fruit cheese cake. This year I am aiming for something slightly more traditional but with a nice twist. Hopefully it will be a success with the judges."

Rob was involved in the Anchor training video for helping residents with Dysphagia – difficulty with chewing. Currently three Clayburn Court residents live with Dysphagia so need this considered in thier diet. "We have a team of six working in the kitchen so we designate one person to look after this really important area everyday."

Rob is also famous for his spectacular Christmas dinners. Last Christmas he gave the rest of his team the day off and on his own cooked an entire spread for 54 residents and their families. "Now that was a challenge but everyone got fed and everyone left happy."

Away from the kitchen Rob is well known for his pursuit of fishing and likes nothing better to drive to his favourite secret location and spend the day with his rod and reel and recharge the batteries.  And where exactly is it?  "If I told you that – it wouldn’t be a secret for much longer" says Rob. 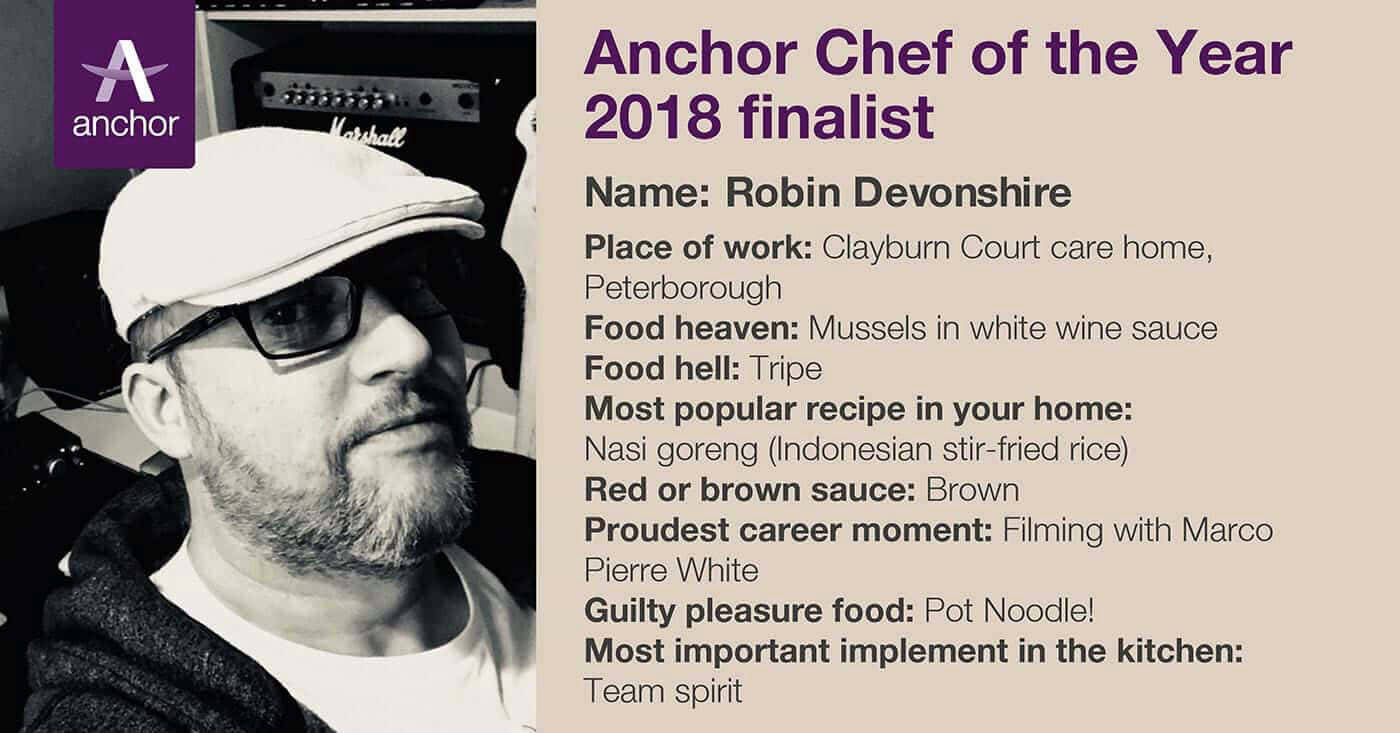