Residents and staff from a Wetherby care home have been recognised for their hard work after winning a regional gardening competition. 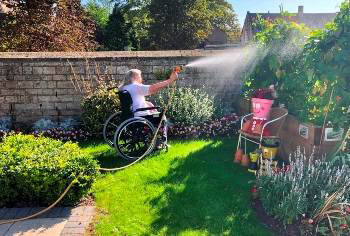 The team from Anchor’s Wetherby Manor in St James Street were awarded gold in the Yorkshire in Bloom event.

The judges said they were impressed with the abundance of flowers in the garden and the water feature next to a path so all the residents could enjoy it. They praised the “meandering path running through the garden alongside a superb lavender hedge”.

The raised vegetable and fruit beds producing ingredients for the residents’ meals were also highlighted by the judges.

Quality Assurance Manager Joanne Ogden, from Wetherby Manor, said: “We wanted to create a wonderful environment for all our residents and their families to enjoy.

“We were thrilled to have won gold for the fourth year in a row. It’s been a real labour of love but it’s wonderful to see the results - our very own Garden of Eden. I’d like to thank everyone who helped. 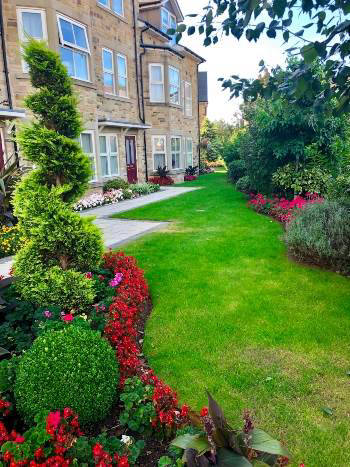 “The residents involved were excited that we had won gold. It’s such an achievement.”

Irene Bradshaw, 92 who has lived at Wetherby Manor since March 2016, said: “I had a lovely big garden at home, and wanted to help here and make it the success it is.

“I am so proud to be part of this home and the garden team for winning Gold four times in a row. I’m over the moon as all our hard work has paid off.”

“My favourite part of the garden is by the greenhouse, where Herb lives. He is the flower pot man, which I painted, put together and fill with plants.”

“The garden is so beautiful. I love to go around the garden smelling the scent from all of them.”

Fellow gardener Doreen Hardy, 88 who has lived at Wetherby Manor since March 2017, said she was ecstatic when she was told they had achieved the top award.
She added: “I enjoy the pleasure of the flowers growing and making the garden look amazing with lots of colour and scent. I love watching the bees and butterflies on the lavender.”

“I planted the gladioli and have enjoyed watering and looking after them. They encourage the bees which is important because they are vital pollinators for plants which provide all of us with food as well as flowers.”

“I like sitting near the water feature as the sound of the water is tranquil and you get a good view of the garden.”