A care home in Birmingham will be organising a party to mark the contribution the black community has made to British society. 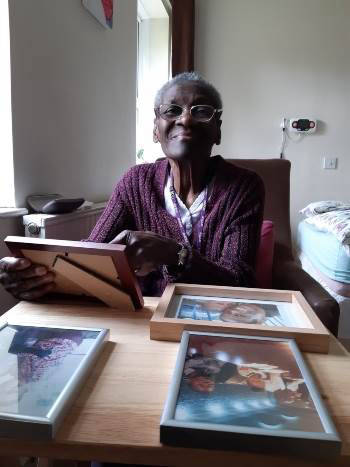 Staff from Anchor’s Kerria Court in Cregoe Street, Lee Bank, have organised the event as part of Black History Month.

One of the attendees is Cecelin Unicie Bell, 85, who came to Britain in 1960 to join her future husband, Oliver, leaving their three children behind to be brought up by their grandparents.

After spending a few months in Nottingham where Oliver’s brothers lived, the couple moved to Handsworth where they were married in 1964. Two of their children, Burnicey and Dennis subsequently joined them in 1968 and 1972, respectively.

Like many of his fellow compatriots, Cecelin and Oliver moved to Britain looking for a better life and where jobs were more plentiful compared to Jamaica so, like her husband, Cecelin went out to work. She first worked at GEC Witton, operating metal pressing machines, and then joined Fredrick Woolley in Hockley, where she worked until she retired in the mid-1990s.

Cecelin, who is now living with dementia, has five children, three step-children, nine grandchildren and one great grandchild.

The decision to emigrate was difficult for Cecelin because she had to leave her three children in Jamaica.

And life in the UK was initially difficult for migrants from the Caribbean who experienced a range of discriminatory attitudes and behaviour, but my mum and so many of her compatriots made a good life here for themselves and for their children.

We are rightly proud of their important contributions to British economic growth and to a substantial shift in British culture and social attitudes. 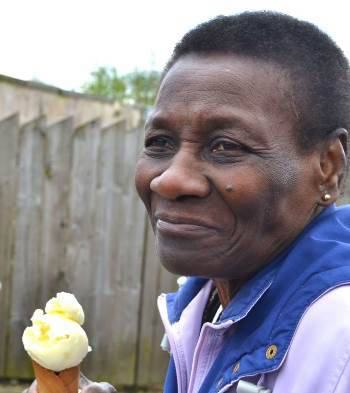 Commenting on the importance of the Black Lives Matters campaign, Howard, whose brother and sister, Clifton and Burnicey, now live in the USA, added:

My mum has always believed in justice, fairness and equality for all. She would have been appalled and very saddened at the killing of George Floyd and would want justice for him and others who faced similar injustices. She always wants everyone to get along and be happy.

We have many residents living in Anchor’s care homes and staff members who came from abroad for a new life in Britain. They have made such a great contribution to society that we wanted to celebrate their achievements, and Cecelin is one of them.