A care home in Thames Ditton invited older people in the area to join its residents for their Friday Film and Fizz in a bid to reduce loneliness. 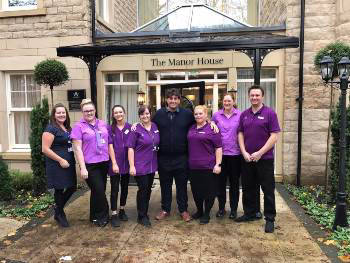 Anchor’s Linwood in Mercer Close opened its doors to guests at 2pm on Friday 22 November, so visitors could join residents to watch the film Oklahoma in the home’s cinema followed by a drink in the care home’s pub.

Some of the female residents at the home have also booked an appointment with the hairdresser who visited the home on the day to make it an even more special occasion.

Manager Eva Trochim said the cinema and pub were popular with the residents so she wanted to invite members of the local community to join in the fun.

She said: “There are many older people living alone in the Thames Ditton area and we wanted to invite them to join us for the day to give them the opportunity to make new friends and join in the fun. The guests could join us for the film which the residents have chosen, and then have a drink in our pub.”