Sean Wilde, Chef at Anchor’s Borrage House care home in Ripon has made it to the final of Anchor’s Chef of the Year 2018 competition. 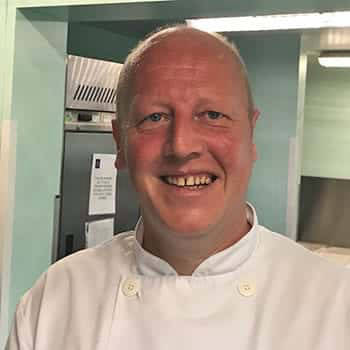 Sean is one of only eight candidates shortlisted for this year's competition. Although Sean said good bye to hotel catering three years ago when he left The Black Swan Hotel in Fearby, he still literally eats, sleeps and breathes it every day because his other half Lucy remains there as General Manager.

Sean says: "Lucy and I started there when it was just a modest sized pub, now it’s grown to a full blooded successful hotel which I am delighted to say Lucy has seen through and been a huge part of."

But does he miss being part of a busy hotel himself? "I’ve been with Anchor here at Borrage House for over three years and I’ve loved every minute. It is obviously very different to what I was used to but I really like the continuity of seeing the same people every day and trying to make their lives better and more enjoyable by cooking what they want me to. The manager and I sit down with them every month and discuss new options or old favourites and you will be amazed what comes up. Sardine sandwiches, fish pie and a veggie lasagne are the flavour of the month at the moment."

Tom is Tom Shepherd, the Michelin Star Chef from Adam’s Restaurant in Birmingham who will be judging this years’ competition.

And away from work, how do he and Lucy spend their non-cooking moments? "Well we have a gorgeous 4 year old daughter, Lottie and another one on the way so we have lots of things to preoccupy ourselves when not in the kitchen."

Jill Wiseman, Anchor’s District Manager for the area, and the one who persuaded Sean to enter said: "I am so pleased that Sean has once again entered for Chef of the Year. It was a pleasure to nominate him and I am sure he will do well and bring the trophy home to Borrage House with his great menu and outstanding cooking."

Anchor’s Chef of the Year competition will feature a two course cook-off, held at University of Birmingham on Tuesday 4 September, and will be judged by Michelin star chef Tom Shepherd. 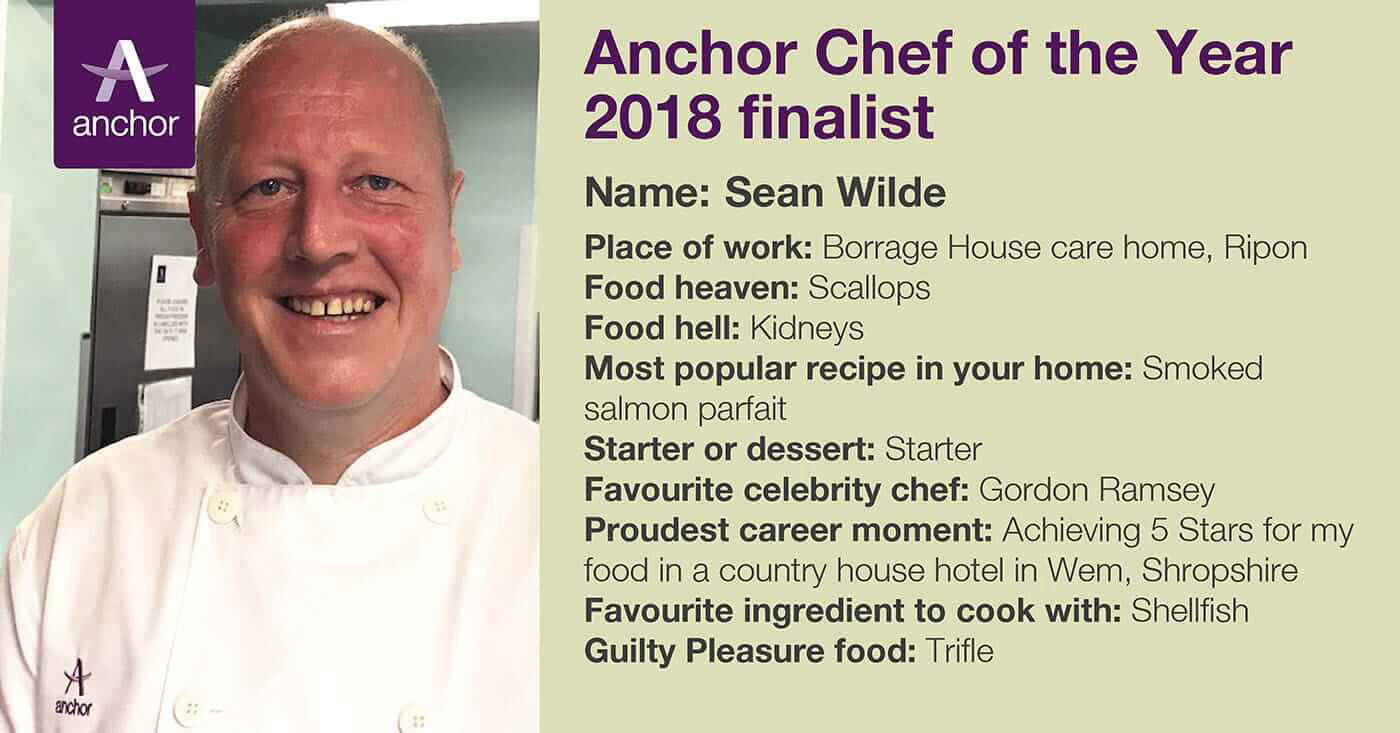