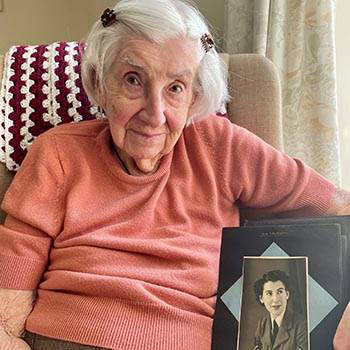 Stella served in the Signal Section in Britain as a wireless operator and high-speed telegraphist, by the war’s end she was a Morse code instructor. Richard served in RAF 258 Squadron operating in the Far East.

Although they served in very different theatres, they both had very similar things to say about their experiences and the lessons that could be learned.

As Stella recalls “Working in the signal sections was like a sisterhood. We all had respect for each other.

Even though I wasn’t on the frontline it was a good feeling to know I was helping to fight the enemy.”

Richard also remembers the sense of unity vividly; “The camaraderie was very good. We all had to depend on each other and trust each other, it was like we were one entity.

It felt good to know I helped in any way I could.”

Despite the strong bonds, both recall hardships as well.

Stella lived through bombing and spent three weeks sleeping on a passenger walkway in Kensington Station when her home was damaged. 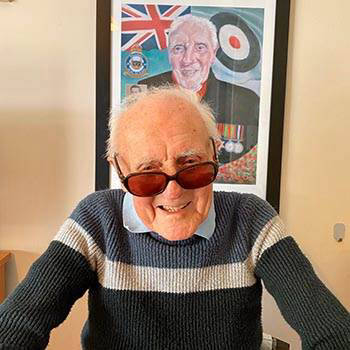 Richard meanwhile recalls how; “pilots weren’t told if one of our comrades had been killed to not obstruct our concentration. We had to carry on and be strong.”

With all they experienced and what they went through, Stella and Richard hope that future generations can learn from their lives during The War, especially with what we are going through today.

Stella said she hoped that younger generations would “respect each other.

"We all need to remember what we went through and what we did for our country together.”

Richard similarly hopes that people would “remember the sacrifices we made.”

The care team at Dawson Lodge are looking forward to the day as a chance to do something fun for their residents as well as celebrating those who had lived through the War and had served both at home and overseas.

Mitchelle Perry, Manager of Anchor’s Dawson Lodge, said: “It is important to honour all those who fought in previous wars to thank them for their courage, including Stella and Richard.

“The older people who live with us have set the foundation for future generations, and it’s thanks to them that we can enjoy the freedoms we have. It’s a privilege having Stella and Richard living with us.”