Terry Keen, a 74-year-old trained fitness instructor and resident at Anchor Hanover’s Willow Glade retirement scheme in Surrey, has been awarded a British Empire Medal for his unwavering efforts to maintain and improve the health and wellbeing of our older generations during Covid-19. 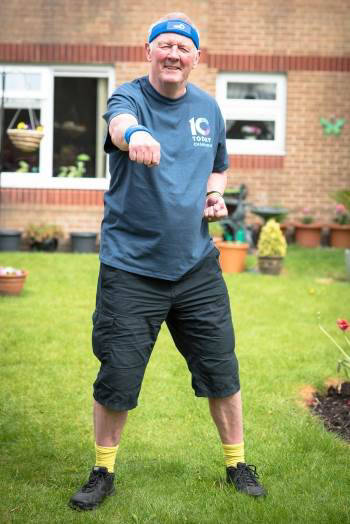 Terry was nominated by Anchor Hanover, England’s largest not-for-profit provider of care and housing for older people, whom he lives with and whom he collaborated with to launch a fitness programme for older people called 10 Today.

Having overcome his own serious health issues several years ago, Terry knows all too well how staying fit can profoundly boost people’s mental, social and physical wellbeing.

I'm overwhelmed and extremely honoured to receive a British Empire Medal. It’s really made my year, to be able to celebrate this during such a challenging period for everyone. I’ve always been passionate about helping people get fit and active in their later years, so this award means the world to me.

I’m very grateful to Anchor Hanover for nominating me, and for giving me many opportunities to spread the word about how staying active can boost mental, physical and social wellbeing. We need this now more than ever!

It’s a truly special feeling, and I'm very humbled, in light of the tremendous efforts of so many in keeping us safe during these troubled times. 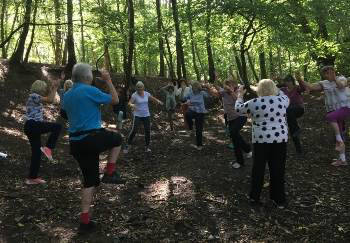 Since its launch in May 2019 Terry has led the 10 Today campaign, working with Anchor Hanover, Sports England and Demos to encourage older people across the country to take part in regular 10-minute exercises each day. The programme aims to help keep older people nimble, boosting their health but also preventing falls which would impact on an already over-stretched NHS, especially during the Covid-19 pandemic.

Determined to maintain and improve the health of as many older people as possible, Terry personally created the flexible exercise programme which can be adapted for people of different physical capabilities, whether they can stand independently or can only do armchair exercises.

Terry’s efforts during the pandemic 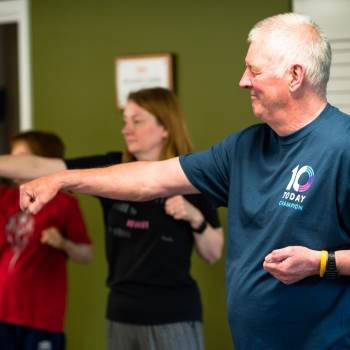 Terry felt it was even more important to connect with older people who were living alone because they were feeling especially isolated due to the pandemic.

Terry understood how working with the media would raise awareness amongst older people, so he led exercise videos which older people could download from the 10 Today website and could be used by broadcasters to spread his message, and he embarked on radio interviews so that he could inspire older listeners to try the exercises.

Going one step further, Terry collaborated with Anchor Hanover to launch Be Active during the pandemic. Be Active is a comprehensive wellness and movement programme, designed to empower older people to take control of their physical and mental wellbeing and make positive changes in their lives, during and beyond the pandemic. The inclusive programme, spearheaded by Terry, was carefully curated with industry experts and offers a wide range of online resources, from video-led exercise and dance routines to podcasts and tips on how to keep the mind active. 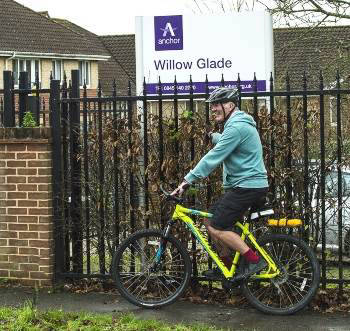 Terry’s determination to keep older people connected began many years before the pandemic. For the Queen’s 90th birthday in 2016, he wanted to give older people the chance to wish the Queen a happy birthday. So, with an A3-size birthday card in hand, he cycled from the furthest north property owned by Anchor Hanover in Berwick Upon Tweed to their most southerly retirement housing property in Cornwall. His 50-day journey saw him zig-zagging across the country to reach as many older people as possible so they could personally sign the birthday card for Her Majesty.

After delivering the birthday card, the Queen was so impressed that she wrote him a personal thank you letter. He was thrilled to receive this letter from the Queen but he said what motivated him was seeing the smiles on the older people’s faces as they were signing the card.