Maida Kosar, Chef at Anchor’s Wellington Lodge care home in Manchester has made it to the final of Anchor’s Chef of the Year 2018 competition. 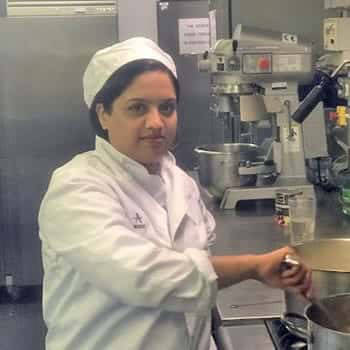 Maida is one of only eight candidates shortlisted for the competition.

Maida is virtually unique amongst Anchor’s care home chef managers. Whereas most would have served an apprentice somewhere else or managed a hotel or restaurant kitchen, Maida has been with Anchor since before qualifying as a chef from Manchester’s College of Catering.

"I applied for a holiday job when I was still a student, then when I finished at catering college, a full time role came up and the manager suggested I apply for it.  I can’t believe that was 13 years ago but I haven’t looked back since", she says.

Wellington Lodge in care home the Cheetham Hill district of Manchester, caters for 34 residents and Maida knows exactly what to put on the menu: "Friday wouldn’t be Friday without traditional fish and chips, and I always put on a proper roast dinner every Sunday.  They are always the two busiest days of the week, so we know the residents look forward to them both", says Maida.

As for her cook-off in September at the finals, what are her plans: "Well, I’m born and bred Kashmir on the Indian / Pakistan border so I thought I would do something from that part of the world but make sure it is not too spicy.  I’ll be testing it out on my husband who is also a chef at the nearby Kabana restaurant. He is my fiercest critic so if anything I will be well practised by the time the final comes round."

Leisa Millard, home manager at Wellington Lodge says: "It’s such great news that Maida has made the final. Everyone loves the food that she cooks and nothing is ever too much trouble for Maida. Friday is a fab day when Maida cooks! Her home battered fish is divine. Just ask the people living here!" 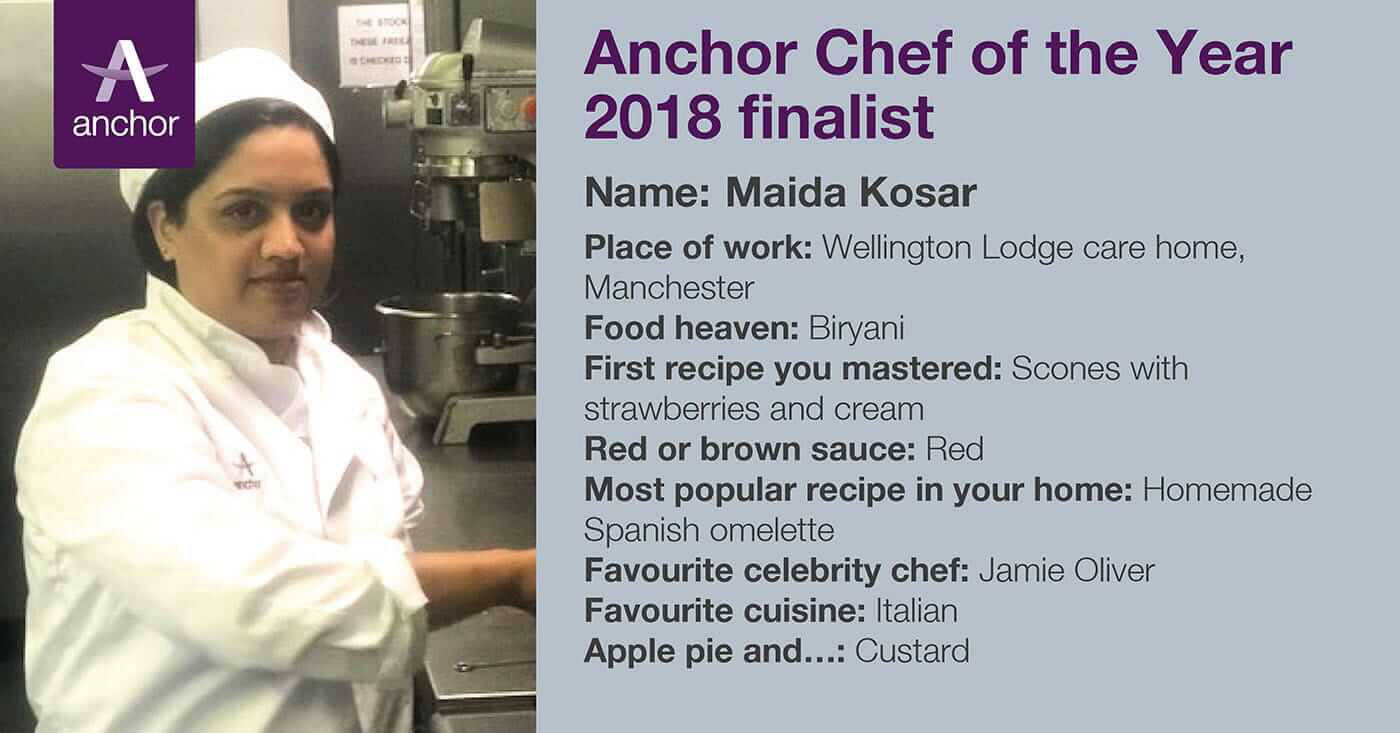