Serica Court in Greenwich unveiled a commemorative sculpture at a special garden party in honour of Her Majesty the Queen’s Platinum Jubilee and the centenary anniversary of Greenwich’s status as a Royal Borough on Wednesday 8 June. 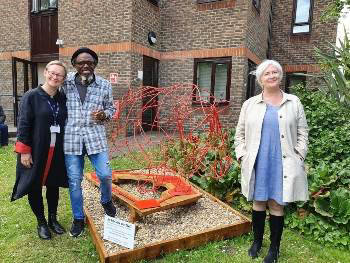 Residents at Serica Court retirement community hosted members of the local community, family, and friends to celebrate the occasion with a celebration and unveiling of the sculpture titled “African Rhino.”

The sculpture has been kindly donated by artist and Serica Court resident, Roland Lawar. The wire-framed sculpture has taken pride of place in Serica Court’s garden in a place where residents, visitors and even passers-by can enjoy it.

The unveiling was attended by Pat Slattery, Royal Borough of Greenwich’s Labour Councillor, as well as Sarah Jones, Anchor’s Chief Financial Officer. Attendees also enjoyed a buffet lunch and an exhibition of Roland’s other work.

Roland, who has lived at Serica Court retirement community for the last year said:

I’m delighted to donate one of my pieces to Serica Court retirement community in celebration of so many wonderful anniversaries! I can’t believe it’s been 70 years since Her Majesty became Queen!

She’s always been an incredible ambassador for the United Kingdom and the Commonwealth.

It’s lovely that we celebrate two historic anniversaries with our residents, friends, family and the local community. We’re all delighted by how the sculpture looks and hope others will enjoy it for years to come.

We’re so happy to celebrate Her Majesty’s The Queen’s Platinum Jubilee - even though she’s royalty, we all feel like we’ve grown up with her. 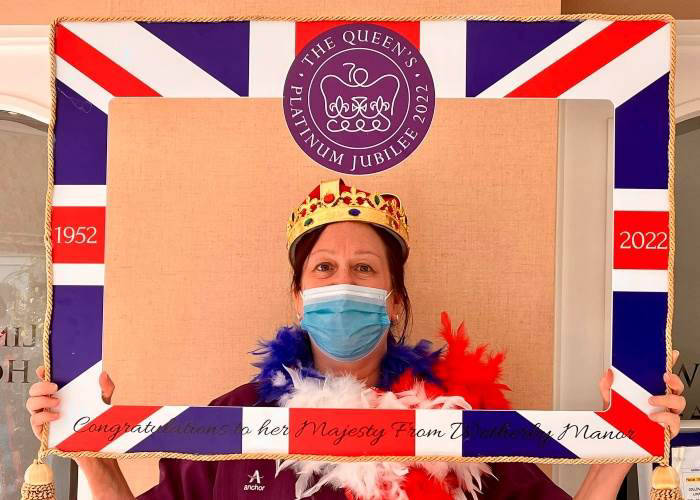 From life-size cutouts of the Queen to Jubilee themed newspaper sheets for fish and chips, residents and colleagues have started preparing for the Jubilee and getting into a celebratory mood.