Russell ‘Rusty’ Hesketh, Chef at Anchor’s Upton Grange care home in Merseyside has made it to the final of Anchor’s Chef of the Year 2018 competition.

Rusty was the winner of Anchor’s Chef of the Year last year and has been nominated again this year in spite of moving to a different care home. 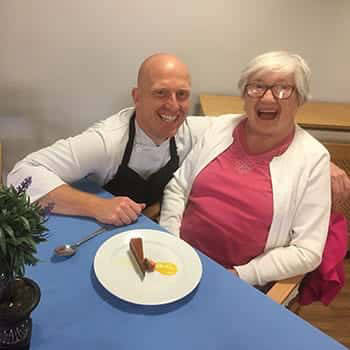 “Last year I won while working for nearby Heyberry House and although I was sad to leave there, I have been promoted to a bigger role at Upton Grange in Salacre Lane just up the road. According to Google maps it’s only 9 minutes away so I will make sure to pop in and say hello to my old friends and check the cooking is still up to scratch," Rusty says jokingly.

Of course, as defending champion, it means the other seven short-listed chefs will be watching Rusty very closely with his choice of main course and dessert. “Last year I did quite a simple stuffed chicken breasts with a chocolate tart to follow which clearly went down well with the judges.”

And has he any last minute advice to his fellow chefs… “The key thing is to plan your meal well in advance and make sure your timing is right. One of the difficult parts of this cook-off is that we are all doing it in unfamiliar surroundings so it takes a little getting used to the kitchen, this makes the planning and timing crucial.”

So how is Rusty getting on with his new residents at Upton Grange?  “One of the biggest compliments you can get is actually from the families of the residents and so far several have come up to me and said how much they love the food, so I must be doing something right.”

As for specialities, Rusty is a big fan of fish and chips on a Friday and Sunday roasts, but his overall favourite recipe is his bakewell tart. “I make them every couple of weeks and there are never any left so I can only assume they hit the spot.”

Away from the kitchen, Rusty is a big sports fan, visiting the gym as often as he can, and supporting his beloved Liverpool football team.  “It’s a pity our Chief Exec, Jane is not one of the judges, because she is a huge Liverpool fan, and clearly I would win the prize every year!” 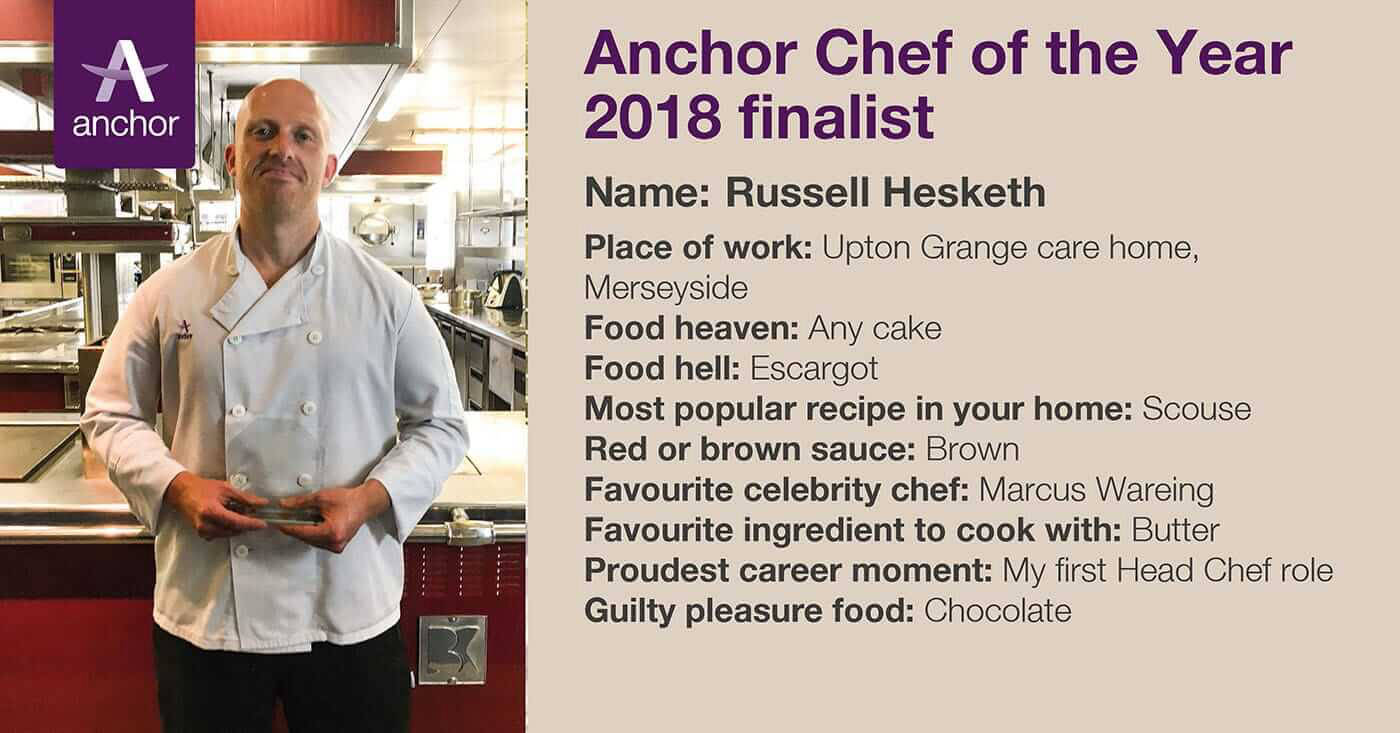