Jacqui Mcginty, Chef at Anchor’s Sandstones care home in Merseyside has made it to the final of Anchor’s Chef of the Year 2018 competition. 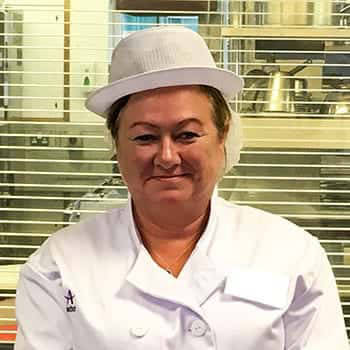 For the second year running, Jacqui has been shortlisted for Anchor’s Chef of the Year. Samantha Walsh, her care home manager was again delighted to nominate Jacqui.

She said: "I am very lucky to have Jacqui as part of my team in the kitchen. She has worked in Sandstones for over 16 years working first in the laundry and has progressed brilliantly up the ladder and is now our deputy chef. Her heart-warming approach and effort towards the residents and their selected food is fantastic - nothing is ever too much trouble.

"The highlight as far as residents are concerned is afternoon tea sessions every Wednesday. She does the best homemade cakes in Wallasey! So I am really pleased for her being shortlisted again and good luck from everyone at Sandstones."

Although Sandstones is a relatively small care home with just 29 residents, Jacqui loves nothing better than spoiling them rotten.

"In the old days there was a tea trolley every afternoon – it was basically just a cup of tea but I wanted to do more than that so I started putting on a few cakes and biscuits which they really love. Then on a Wednesday, I put on a full cream tea with scones, sandwiches, cakes and we even bring out our best china to really add to the occasion.  Come 3 o’clock, the whole care home comes out with one thing on their mind!"

At meal times her specialities are fish and chips on a Friday; "….but the highlight of my week are the roast dinners on a Sunday. The residents particularly like my roast turkey with all the trimmings,’ says Jacqui.

Away from the kitchen Jacqui has two great joys: her holidays (she is just back from Rhodes where she was busy making notes on their culinary delights); and her rock and roll. "I’ve just booked to see U2 at Manchester which will be the second time I have seen Bono and his band this year. Now I wonder if he would like one of my cream teas?"

Anchor’s Chef of the Year competition will feature a two course cook-off, held at University of Birmingham on Tuesday 4 September, and will be judged by Michelin star chef Tom Shepherd. 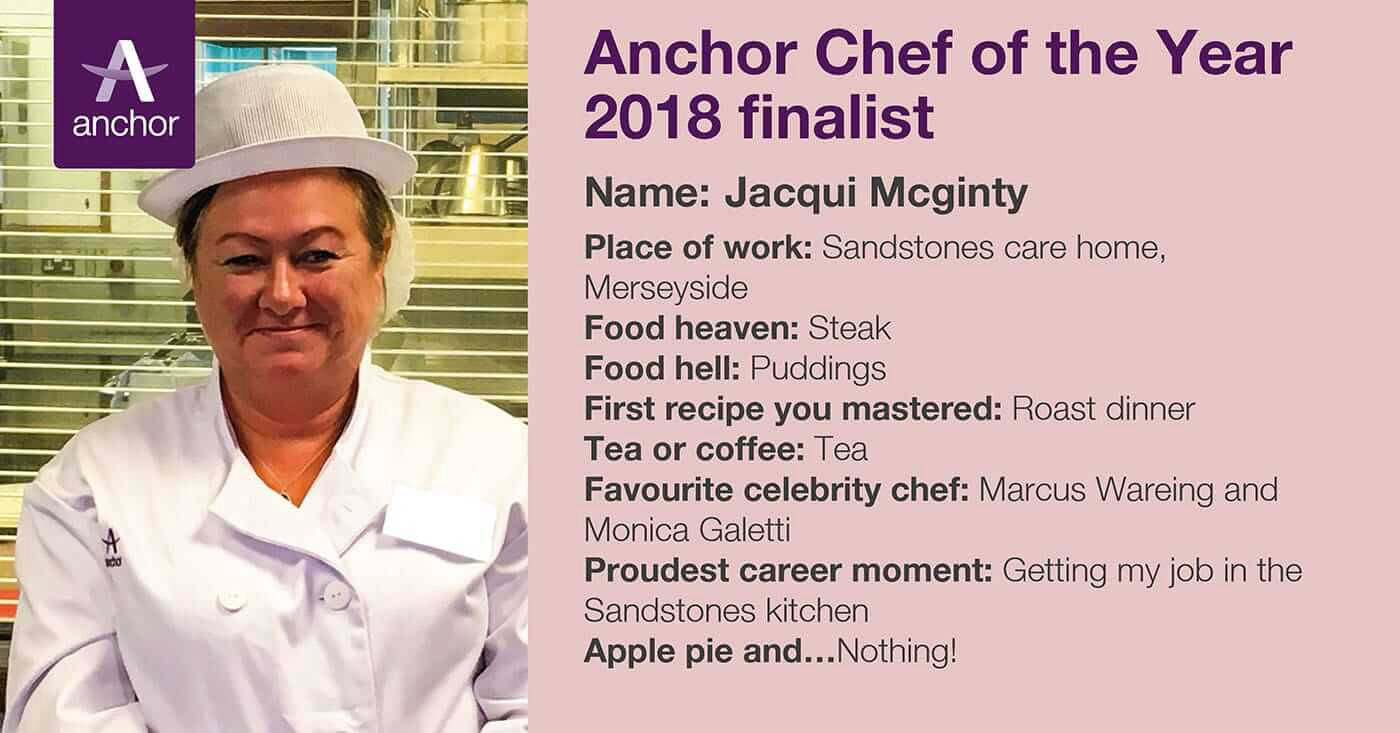