The permissive footpath at Bishopstoke Park

Along the permissive footpath at Bishopstoke Park are eleven aviaries featuring eleven golden objects created by artist Jonathan Wright in 2019.

The objects have each been chosen to represent an aspect of life that makes Bishopstoke such a special place.

As the artist Jonathan Wright explains:

My aim in producing these artworks as been to celebrate the history, community and spirit of The Mount and the people of Bishopstoke and through this build links between the new and old. The artworks should look beautiful, fascinating, intriguing and also have function beyond that.

On my first visit to The Mount I was immediately impressed by the atmosphere of the area and excited at the prospect of exploring layers of history that were so obviously waiting to give up their secrets. This was an amazing opportunity to be offered as an artist.

Through a process of workshops, discussions and archival research a collection of objects were selected to represent the extraordinary and diverse quality that makes Bishopstoke so special. The final selection grew out of discussion with various local groups and residents, communities combined in discovery and re-discovery of the rich vein of tradition in which the area is steeped.

It has been a great privilege to work with the people of Bishopstoke, it is a very special pace indeed.

The below descriptions accompany the eleven golden objects and help explain their importance to Bishopstoke.

The Kingfisher is a regular and beautiful visitor to the river Itchen and can be seen fishing from its banks.
In Greek mythology Alcyone, daughter of Aeolus (king of the winds), found her husband drowned and cast herself into the sea. The gods rewarded her devotion by turning her into a kingfisher, and Aeolus forbade the winds to blow during the “Halcyon Days” (the seven days before and the seven days after winter solstice, when legend has it that the kingfisher lays its eggs).

The southern damselfly is one of five resident members of the Coenagrion genus currently found in the UK. Males of the genus are predominately blue and black in colouration, and together with the common blue damselfly Enallagma cyathigerum and white-legged damselfly Platyenemis pennipes constitute the ‘blue damselflies’.
In almost every culture dragonflies and damselflies feature in myth, folklore, art and literature. They have inspired, revolted and been made use of by Man, from prehistoric times to the present day.

In 1834, the Bishopstoke Rectory was featured in Loudon’s Gardeners’ magazine, August 1834, Vol 10 pp124-130 giving a detailed description as well as a long list of its plants (HCC). Trees in the Arboretum included: Pine from Mexico, Cedar from the Himalayas, an Escallonia from South America and over fifty varieties of magnolia, azalea and rhododendron from America and the East with a Pomegranate from Afghanistan and Chimomanthus Fragrans from China. A sixty foot high magnolia would have attracted the attention of every visitor (Dale, 1991). The garden soon attracted a steady stream of visitors and later was said to rival Chiswick as a venue for aspiring gardeners (Dale, 1991). Visitors included Lord Palmerston then Liberal Prime Minister and eventually in 1851, Albert, Prince Consort. They may also have included William Cobbett, who also imported specimen trees and plants into Hampshire though he left the area in 1819. Dale describes the visit from Prince Albert as the ultimate accolade and acknowledgment of the degree of excellence attained by the Dean in making the grounds into a botanical wonderland of southern England.

Richard Gilman, in 1847, founded the highly successful and influential firm of Gilman & Co.  Whilst Richard Gilman was living in Bishopstoke, in 1866, an event which captured the imagination of the British public and became known as “The Great Tea Race” took place.
The Great Tea Race was keenly followed in the press, with an extremely close finish. Taeping docked 28 minutes before Ariel – after a passage of more than 14,000 miles.  Ariel had been ahead when the ships were taken in tow by steam tugs off Deal, but after waiting for the tide at Gravesend the deciding factor was the height of tide at which one could enter the different docks used by each ship.  The third finisher, Serica, docked an hour and 15 minutes after Ariel.  These three ships had left China on the same tide and arrived in London 99 days later to dock on the same tide.
“It is probable that no race ever sailed on blue water created so much excitement as the great tea race of 1866,” the late maritime writer Basil Lubbock remarked.

Frank Buckland stood out from any crowd.  Here was a man whose diet included squirrel, rhinoceros, giraffe and bison and who – just for the hell of it – rode a crocodile bareback.
In his rooms at Oxford University he kept a bear – along with a jackass and adders – and took the beast with him, dressed in cap and gown, to parties.
Earlier, at Winchester College, he poached trout from the Itchen, wearing his gown so that he could hide his catch in his sleeves.
As a pioneer fish breeder Buckland was the obvious person to be called in when Admiral of the Fleet Sir Henry Keppel decided that he’d attempt to transport trout ova to Tasmania.
Sir Henry, a groom in waiting to Queen Victoria, had spent £1,500 buying a neo Gothic mansion at Bishopstoke on the banks of the Itchen. He’d then diverted part of the river so that the new cut flowed between the flower and kitchen gardens and through his summerhouse. There, using a system of tanks and trays, he developed a trout hatchery in which 1,000 eggs were earmarked for Australia.

The Mount was purchased by Thomas Atkinson Cotton in 1892 and, although newspaper articles of the time refer to his re-building of The Mount, it was most probably enlarged and extended from the house built in 1870 to form the building that stands today.  He developed some parts of the estate to include aviaries to house his collection of wild birds and an eagle cage was constructed near to the house. There was also a large collection of stuffed birds which were displayed in the house, as was fashionable in the Victorian period.
This collection is currently held by the Hampshire County Museum Service in Winchester. Both Thomas Cotton and his wife, Charlotte, followed an interest in ornithology and botany and both are credited with finds and the cataloguing of rare plant species.  Examples from their collection are housed in various UK universities.

This remarkable image of a person playing the violin on top of the pole shows us “Dorothy McIntyre”, she was from Fair Oak. To raise funds for the new Memorial Hall in 1952, she can be seen fiddling on top of a telegraph pole especially erected on the site.
The opening ceremony dedicated for the Memorial Hall was conducted by the Rector G.H. Rose on Thursday August 22nd 1957. He dedicated the memorial hall to the memory of those of the parish of Bishopstoke who lost their lives in the 2 world wars.

The white-clawed crayfish, also known as Atlantic stream or native crayfish, is an international and national priority for conservation action.  It is considered to be globally threatened and an endangered species in Europe.
The River Itchen, formerly believed to be a stronghold for the species, was still supporting white-clawed crayfish along much of its length up until the mid-1990s.  Anecdotal information suggests that it was widespread throughout the main river catchments that drain into the southern Hampshire basin and the Thames basin.

We are always enthralled by salmon in our local river, the Itchen in Hampshire. It’s not just the magnificent size and spectacular colours of these “king of fish” that impress. Their behaviour, their struggle for survival, leaping clear out of the water and spawning in huge redds, is easy to observe first-hand and makes life-long memories.
The awesome life-cycle of the salmon species has captured humanity’s imagination across aeons and is engrained into countless cultures, ancient and modern. The inherited instinct to return, against all the odds, to the place of their birth to spawn, die and decay (the phenomenal cycle of life) is profound. So profound, in fact, that the population on the River Itchen and neighbouring River Test has evolved a distinct, unique, genetic make-up slightly different to other Atlantic salmon populations. Theirs is an epic migration worth celebrating!

In 1994, three otters were introduced to the River Itchen.  Since then, these rare and elusive creatures have thrived.  Regular sightings followed, particularly near the City Mill. 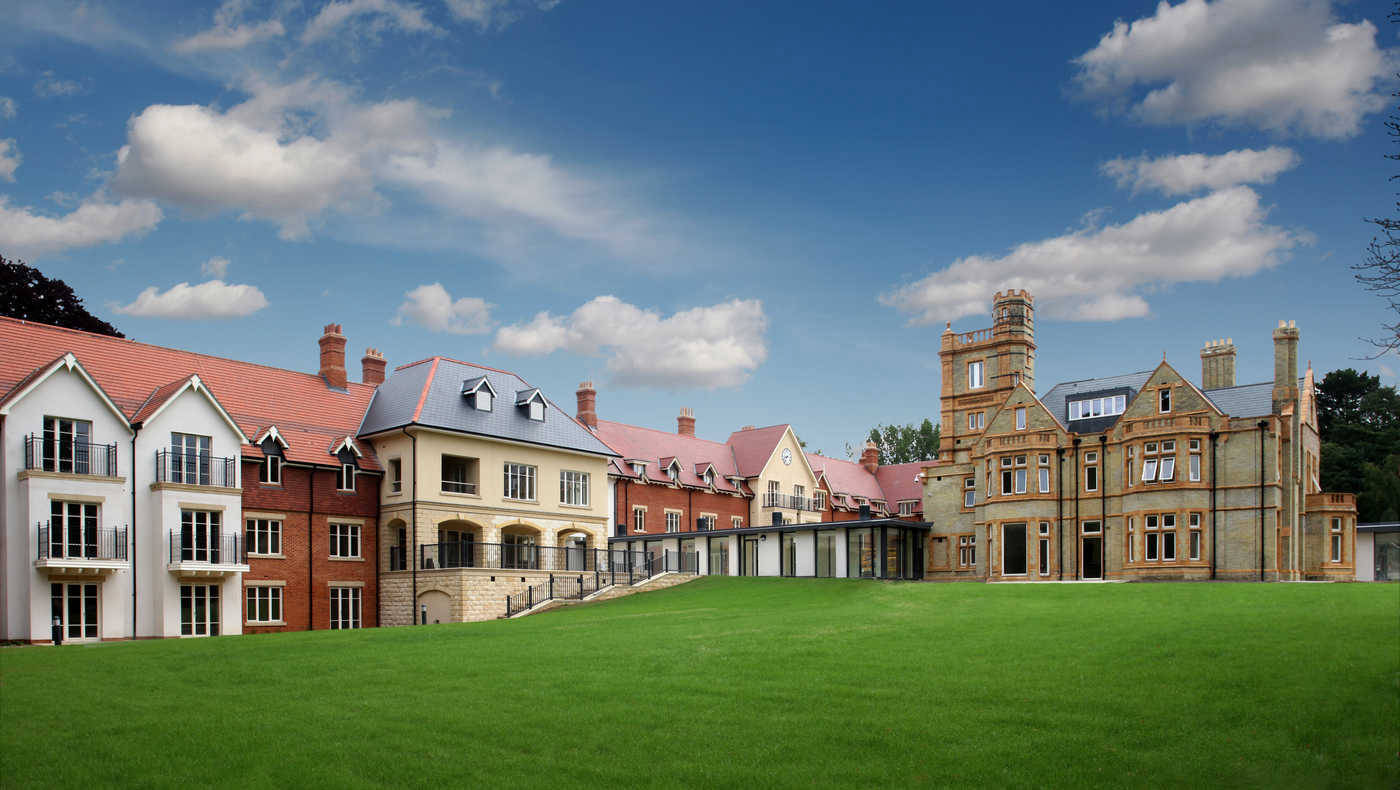 Speak to our team on:

Call us any time, 24/7, even over Christmas and New Year