A kind-hearted resident from an Anchor Hanover retirement housing property in Leeds has been inspiring his neighbours to help reduce isolation and loneliness by volunteering to help others. 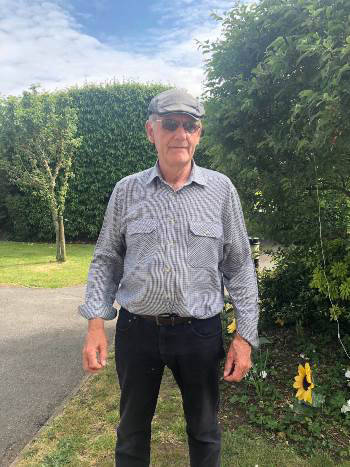 As Volunteer’s Week gets underway across the country, 65-year-old Geoff Bickleys has been reflecting upon some of his volunteering exploits. After making the decision to downsize, he moved to Mary Sunley House in January 2014. Since then the former chef and Kosher baker has embarked on a host of volunteering activities to support his neighbours and the local community

His first task involved breathing life into the estate gardens by growing flowers and herbs. He quickly followed this up when he grew his own fruit and vegetables, which he regularly shares with his neighbours. He also turns some of the produce into tasty jams and chutneys which he donates to charity.

Scheme Manager, Daniel Lucas, said: “Since I started my role here, Geoff has been a fantastic source of support for residents. He has a real can-do attitude, whether it’s shopping for his fellow residents or sharing fresh fruit and veg from the garden.”

Earlier this year Geoff volunteered for an asylum seeker project at St Anne’s Cathedral in Leeds. The project involved raising money to feed and support a group of asylum seekers who were staying in temporary accommodation. Geoff’s cooking and kitchen management experience served him well when he put his chef’s hat back on and also set about arranging for food donations from various shops and restaurants around Leeds.

Geoff said: “Until very recently I never really thought that I was volunteering. Helping others has always given me a real sense of purpose and if using my skills and past experience is able to give a person a better life, then that’s all the reward I need.”

More information about volunteering at Anchor Hanover can be found here.