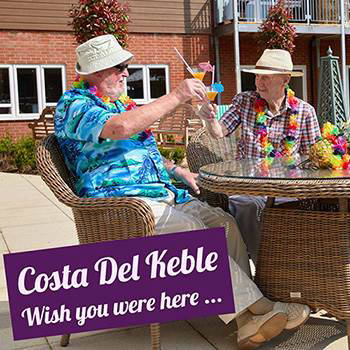 The data reveals that 45% of people aged 50+, are now less likely to retire abroad.

And of those people that were previously considering leaving the UK to retire in Europe, 41% are now less likely to make the move following Britain’s decision to leave the EU.

At the same time, nine months after Brits voted to leave the EU, enquiries to Anchor’s retirement properties have shot up, with a 641% increase on last year’s figures. In the immediate six-month aftermath of the vote, Anchor can reveal its enquires increased by a huge 2762%.

In a tongue-in-cheek response to the news, the residents at one of Anchor’s retirement properties, Keble Court in Hampshire, have dubbed the community ‘Costa del Keble’ to add a bit of Spanish charm and welcome the 41% that are reconsidering a retirement in sunnier climes.

Anchor’s research also captures the post-Brexit concerns and priorities of those over the age of 50 when thinking about retirement.

Asked what would be of most concern when considering retiring as an expat in Europe, healthcare undoubtedly tops the rank. Almost two thirds (63%) state they’d be most concerned about losing access to the NHS. While more than a quarter (26%) would be most anxious about a lack of suitable options for care in older age.

Other worries include political uncertainty of life living in the EU as one in three (23%) would be most anxious about the unclear future of Brexit negotiations. Of those previously considering leaving the UK to retire in Europe, concern over Brexit jumps to one in three (33%). 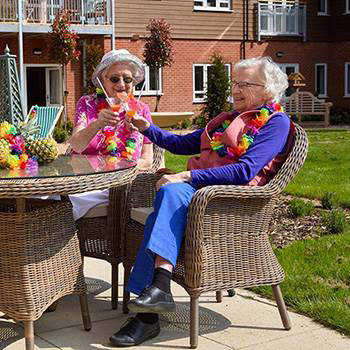 Looking into the top priorities for retired life, the research shows that, while 27% would list warm weather as important, it does not take precedence. The greatest priorities are the desire to have a stable income for day to day living (63%) and access to good, affordable healthcare (52%).

Other concerns include feeling safe and secure in your home and neighbourhood (62%), having loved ones living close by (42%), and having good access to transport (30%).

Anchor’s Chief Executive, Jane Ashcroft CBE, said: “Our research shows that people thinking about retirement want to feel stable and safe in older age. With so much uncertainty around Brexit deterring people from retiring abroad, we’ve seen a huge surge of interest from people wanting to retire in England.

“With a range of housing options across the country, Anchor’s retirement properties are an excellent option for people looking for a sense of community, safety, and security and we’d welcome anyone reconsidering expat life.”

This trend reflects previous reports that Spanish property sales to British nationals have fallen by 16% since Brexit.