For 50 years, Anchor has been leading the way on services for older people.

We started life in 1968 as Help the Aged (Oxford) Housing Association. And we have been innovating and raising standards so older people get the best out of life ever since.

In November 2018 Anchor Trust merged with Hanover Housing Association to form Anchor Hanover, the largest provider of specialist housing and care for people in later life in England.

Our first retirement housing schemes were opened in 1970. We adopted the name Anchor in 1975 and opened our first care home seven years later.

West Hall, our ground-breaking care home in West Byfleet in Surrey, opened in 2012. In the same year it won the Best Interior Dementia Design category at the National Dementia Care Awards 2012. 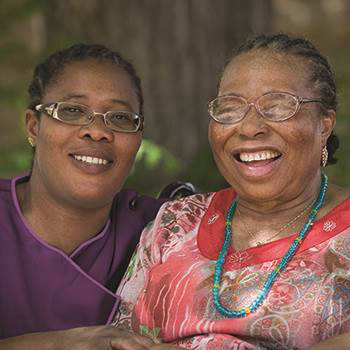 We’re continuing to invest in our existing properties and to develop new ones. We have an ambitious growth strategy and clear vision for the future, since April 2015 we have opened a series of new developments including seven contemporary care homes, three developments of luxurious independent retirement living apartments and two state-of-the-art retirement villages; Bishopstoke Park and Hampshire Lakes.

Always striving to meet the expectations of the next generation of older people, we were immensely proud in March 2017 when the Redwood Bistro at Bishopstoke Park, our flagship retirement village in Hampshire, became the first ever restaurant within a retirement village in the UK to be awarded a celebrated AA Rosette.

We pride ourselves on providing our staff with all the training and development they need to excel at their job and have been recognised with an array of awards including the 2017 LaingBuisson Excellence in Training Award. The same year our apprenticeship scheme was rated the best in the country, and we secured a position in the Sunday Times 100 Best Places to Work list this spring for the second year in a row.

Our November 2018 merger to create Anchor Hanover means we now provide 54,000 homes for people in later life across almost 1,700 sites and operate in more than 90% of local councils in England.

As Anchor Hanover, we’ll build on our achievements to do more, at a bigger scale, than we could before. As one organisation, we’ll transform housing and care so more people have a home where they love living.

You can find out more about the merger here.