Anchor manager recognised for her work in the leasehold sector

Anchor’s Leasehold Consultant, Debbie Matusevicius, has been listed in the top 100 most influential people in the property management sector.

Debbie, who has worked for Anchor for 12 years, said she was thrilled to have been named in the News on the Block’s ‘Hot 100’ list. 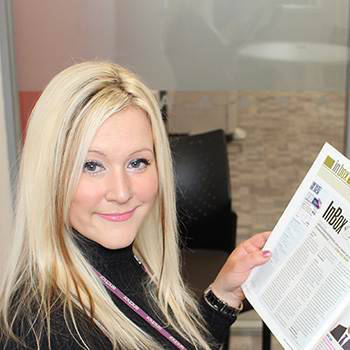 She said: “The list features those considered to be the most influential people in the residential leasehold property sector. It is nice to have my expertise recognised on an industry-wide scale. I’m so pleased.”

Debbie, who works and lives in Bradford, has previously served as Chair of the Association of Retirement Housing, is a Trustee for The Centre for Housing and Support and became a Fellow of the Institute of Residential Property Management in 2012.

She has chaired and spoken at various conferences, including speaking at dinners at the House of Lords.

She was also approached by the Law Commission to sit on the Advisory Panel which looked at the charging of Event Fees within the sector.

Debbie said: “I’m really passionate about top quality services in the leasehold sector and, as Britain’s population ages, an increasing number of older people will be looking at this as a retirement option.

“Anchor runs more than 240 leasehold locations and leasehold properties are the only ones we have built in our two newest retirement villages, Bishopstoke Park and Hampshire Lakes, near Southampton, alongside a care home at each site.”