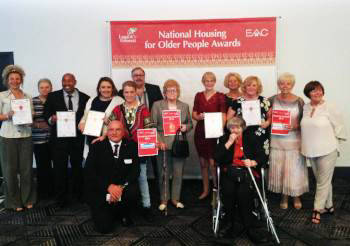 Launched in 2010, the awards were created to recognise retirement housing and housing with care developments which are the best in their field. They also help shape the future of housing in later life through increased engagement with residents, colleagues, visitors and volunteers, who voted for their favourite development. Nearly 19,000 votes were cast this year, with some 1,220 properties nominated across the country.

Jane Ashcroft CBE Chief Executive, Anchor Hanover said: “This is a fantastic achievement. It demonstrates the dedication of colleagues across the country who are creating homes and communities where people love living in later life.“