Families are facing unnecessary worry and guilt because government and society are out of step with reality when it comes to who should care for Britain’s older people. 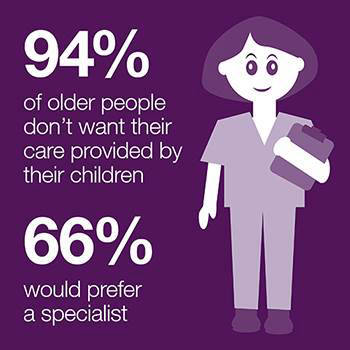 Polling by older people’s charity Anchor shows that 94% of those age 70+ don’t want their care provided by their children, with the majority (66%) preferring for it to come from a specialist. 77% of older people said they worry about burdening children or family with their care.

But in turn their families also fear they won’t be able to cope with looking after older relatives:  66% of Brits worry about being responsible for the care of older relatives and 50% have felt guilty about the support they’ve been able to give their older family members.

Such thoughts are heightened for women; 75% of women polled worry about being responsible for older relatives’ care and 60% say they feel guilty about the support they’ve been able to offer. The growing number of people in the ‘sandwich generation’ has led to a third (33%) of women citing concerns around juggling time between children and older relatives.

A succession of politicians have said families should do more, including Secretary of State for Health and Social Care Jeremy Hunt.

However, more than a third (36%) of people state they don't have the specialist skills needed to provide the quality care they want for their relatives. And 56% of those aged 70+ believe the government is failing on social care and 40% worry they won’t get the care they need as they get older.

Anchor is calling for greater recognition of the need for specialist care for older people. 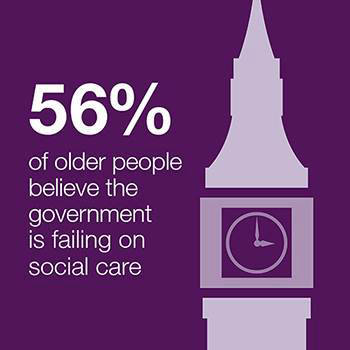 “And it’s this specialist care which can only be provided by staff who have received extensive training – as in our care homes.

“People should have real choice and not everyone has children. We already see a nation feeling immense guilt. That will increase unless we start to reflect the realities of ageing in the 21st century.

“We owe it to ourselves and each other to have open and honest conversations with loved ones about the care and support we will want. And the Secretary of State for Health and Social Care must reflect the responsibilities of the title, prioritise reform and ensure every older person receives the care they deserve in older age.”

Joy Allerston, 88, who moved into retirement housing at Keble Court, in 2017 said: “There are no guarantees in life and we have no idea what care we may need. My children have their own lives and families and, while I’m lucky not to need care at the moment, it would be really unfair to expect them to look after me, too. I’d hate to think I was ever a burden to them. It wasn't easy to speak about moving into retirement housing, but it’s important not to sweep conversations about care under the rug so that no one is left feeling unnecessarily guilty or troubled.”

Anchor has published a handbook summarising best practice in the care of older people with complex needs. The handbook includes information on specialist technology, architectural design, catering, and inter-generational activities that are central to life in their care homes.