Older people across the country have made a personal appeal to Boris Johnson to announce plans to address issues faced by Britain’s ageing population.

The older people, who live in care homes and retirement properties run by Anchor Hanover, have joined the organisation’s Chief Executive Jane Ashcroft CBE to sign the letter, demanding change after years of government inaction.

Mr Johnson has vowed in recent weeks to prioritise the needs of older people and tackle the deepening social care crisis. 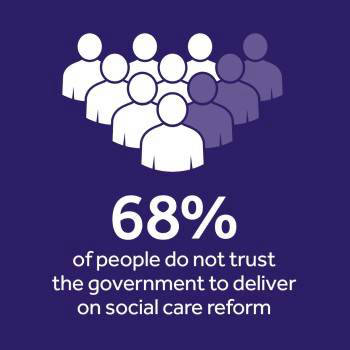 Yet in a letter sent to Mr Johnson today, the desperation and frustration of the country’s older generations is revealed. It comments that the voice of older people has been ignored by successive governments, as promises to deliver reform continue to be broken.

The letter coincides with the publication of new research from Anchor Hanover, England’s largest not-for-profit provider of care and housing for older people, which reveals 68% of people do not trust government to deliver on social care reform.

The letter highlights the increasing pressures on older people and the desperate state of vital services they rely on. Today, 1.4 million older people in England have unmet care needs and more than 2 million are suffering mental and physical health problems due to a lack of suitable housing.

With a quarter of the UK set to be 65 or older by 2042, the letter urges the next Prime Minister to keep their promises and “secure a stable, sustainable and positive future” for today’s and tomorrow’s older people.

Setting out the priorities of older people, the letter calls for sustainable funding for social care and the NHS, on the new PM to have free TV licences for the over 75s reinstated, the social care green paper to be published within their first 100 days of their appointment, and schemes to reduce isolation, including fit-for-purpose transport links. 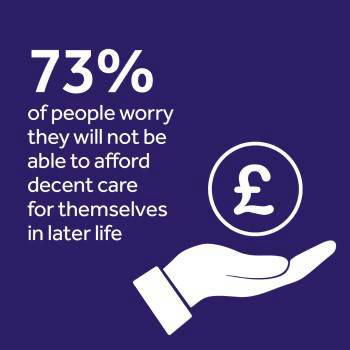 Anchor Hanover’s research highlights the need to provide solutions for older people in the future, as well as addressing immediate issues. With the bill for care set to rise by 159% by 2040 to £18.7billion, 73% of people worry they will not be able to afford decent care for themselves in later life, and seven in 10 worry about affording care for loved ones.

Confusion around social care is also rife – 25% wrongly believe that the state always pays to meet social care needs in later life, an increase from 2017.

Jane Ashcroft CBE, Chief Executive of Anchor Hanover, said:
“It is appalling that the voices of older people continue to be ignored, and their increasingly urgent needs have been neglected countless times in the wake of political turbulence. The impact this has on their lives is shocking and unacceptable. We must do better for today’s and tomorrow’s older people.

“After years of disappointment, an alarming 68% of people do not trust government to deliver on social care reform. Our next Prime Minister must turn this around and finally deliver the solutions we have been calling for. Older people have spoken, and we are proud to stand with them. We demand action rather than yet more unfulfilled promises for our ageing population.”

Brian Johnson, 84, has lived at Anchor Hanover’s Hanover Court retirement scheme in Dorking for 17 years, and signed the letter to Boris Johnson. He said:
“There are so many urgent issues facing older people like me that have been ignored for far too long. The government has a responsibility to listen to our concerns and act now to support us in later life. We need solutions now so that we can enjoy the quality of life we deserve, and we need long-term solutions to help future generations as they grow older.

“Our next Prime Minister has a real opportunity to make a difference to us all. We hope we are finally listened to.”