New research from Anchor has revealed that living amongst neighbours who will ‘pass the time of day’ is one of the most significant contributors to happiness in retirement. 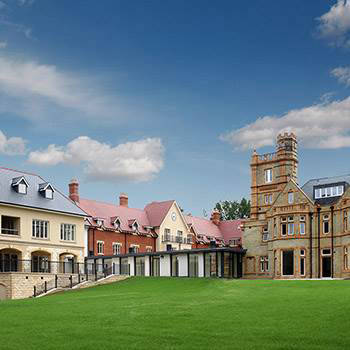 Those surveyed reported that living in a community in which people make eye contact, say hello or stop for a quick conversation was more significant than financial gain when making a downsizing move.

Accompanying analysis shows that hours of domiciliary care delivered fall by 29.6 cent when comparing the national average to that of age-exclusive communities. Over 65s receiving home care in the UK are visited by a carer for an average of 7.1 hours per week. At Anchor’s retirement villages, where the average age is 81, those in receipt of home care receive an average of 5 hours of care per week.

Retirement villages offer the opportunity for valuable face-to-face conversation over online contact which is increasingly normalised for everyday interactions in wider society. Although nearly a quarter of over 65s in the UK use the internet for social media, this group still values being on friendly terms with neighbours,  with those surveyed stating that this built a feeling of mutual trust and understanding with those around them.

Alison Frankel, 77, resident at Anchor’s Bishopstoke Park-(New Anchor URL TBC), comments: “In my previous home, which I lived in for 22 and half years, I hardly knew my neighbours. I don’t do any online social media or emailing, so face to face contact is my way of socialising. I always pass the time of day with neighbours I pass in the grounds or one of the corridors and make a particular point of doing so with those living with the first stages of dementia. Having a chat with a neighbour is so important for keeping the mind active. I look after my neighbour’s pets whilst they are on holiday and it’s nice to know that we live in a community in which there is a neighbourly sense of trust and care – we all help each other out.” 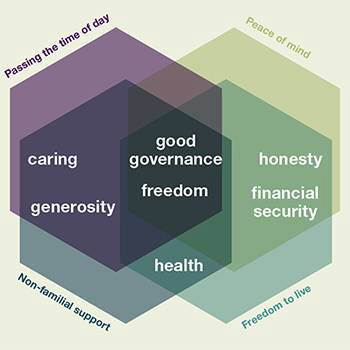 Jane Ashcroft CBE, Chief Executive of Anchor, said: “Although our retirement villages’ on-site home care teams are an integral part of what we offer, we have found that residents help each other with small day-to-day tasks which may otherwise be outsourced to a carer.

"Acts of neighbourly goodwill such as stopping by for a chat, or offering to help with feeding a pet or watering plants if a neighbour is going on holiday, may no longer  be so commonplace in wider society. However, in our communities in which everyone is of similar age and like-mind, these small acts of kindness have become part of the social framework and mean the world to an older person, who may otherwise have to rely upon professional help for small chores or companionship.”

With 1.2million over 65s failing to receive the care support they need with day to day living, the correlation between neighbourly interaction and levels of care required is an important consideration in the future planning of retirement communities.

The research report was designed to assess the most significant factors which contribute to feelings of happiness and wellbeing amongst downsizers in the UK today. With 58 per cent of over 60s currently looking to downsize and 10.3million households in the UK expected to be headed up by someone over the age of 65 by 2039, understanding how to create happy retirement communities is essential for the overall wellbeing of the UK population.

The importance of neighbourly goodwill also contributed to another of the key findings – that having non-familial support on hand can be preferable to living with family themselves. The residents surveyed reported that whilst moving into a relative’s home or ‘granny flat’ annexe might make them feel like a burden, an independent home, with support in place should it be required, avoided feelings of guilt associated with putting a strain on family members’ lives.

Independence to make decisions was also ranked highly as a key contributor to feelings of happiness in retirement, with those surveyed reporting that being able to continue to live a ‘normal’ life, in the same way as they had done prior to downsizing, was fundamental to their decision to move. Whilst few reported financial motivations as a key catalyst to deciding to downsize, the predictability of monthly outgoings which comes with moving to a contemporary development, was highly rated.

Find out more about our retirement villages here.