Anchor’s 50th anniversary reception at the House of Lords

Anchor have this week held a celebratory reception at the House of Lords to mark the organisation’s 50th year. 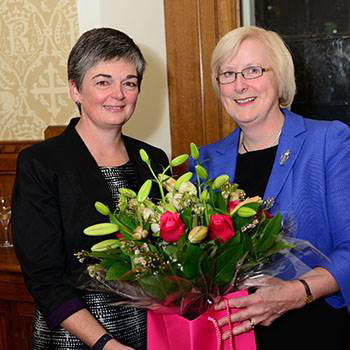 The special reception was hosted by Baroness Greengross OBE and marked the anniversary with speeches and the announcement that Anchor’s anniversary fund-raising drive resulted in a donation worth £25,000 to charity Contact the Elderly.

Anchor care homes and retirement housing locations around the country have been holding an array of events to mark this landmark year and raise funds for Contact the Elderly, a charity dedicated to tackling loneliness and social isolation among older people.

Jane Ashcroft CBE, Anchor Chief Executive said: “In our 50th year Anchor has raised the equivalent of £25,000 for the charity through donations, fundraising activities at our locations and through the generosity of our suppliers. We’d like to thank them all for helping to support such a worthwhile cause.”

Contact the Elderly Deputy Chief Executive Cliff Rich said: “We are so grateful to Anchor for this donation which is a wonderful boost to our efforts, and will help to cover the cost of key essentials such as recruiting volunteers and making sure we reach the most isolated older people.”

For 50 years, Anchor has been leading the way on services for older people. Watch our video to find out how we have grown since starting out in 1968 as Help the Aged (Oxford) Housing Association.