Love is in the air at Highfield Court 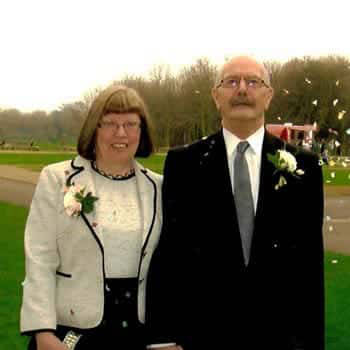 In 2014 residents Tessa Crawford and Allan Hawkin fell in love after he fell down in a car park and her son helped him up. Tessa kindly used tweezers to pick out the 58 small stones embedded in the back of his head and the two soon became close.

Love blossomed and they were married in December 2014, before moving into a flat together at the scheme.

Now another couple has followed their lead with residents Peter Cardwell and Carol Hudson recently getting married.

The pair met in a corridor not long after Carol had moved in to Highfield Court and Peter offered to walk her beloved dog Emma. They moved in together late last year and were married in April.

Tina Willey, Scheme Manager at Highfield Court said; "I think this may be a first across Anchor - two different couples meeting, falling in love and moving in together at the same retirement housing scheme.

“It is really quite special, and such happy news, goes to show that later in life you can find love."