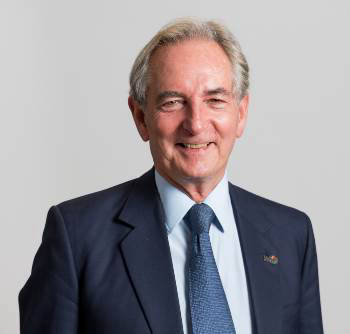 Christopher joined Anchor as Chair in November 2019. He has served on the boards of, or chaired, several public and private equity owned companies.

He is currently Chair of St Elizabeth's Centre, an independent charitable trust which supports vulnerable children, young people and adults with epilepsy and other complex medical conditions and Non-Executive Director of Wren Investment Office Limited, a multi-family office wealth adviser. He also served as a Trustee of the Archdiocese of Westminster until May 2021.

Christopher served with the British Army for seven years after graduating from Cambridge University with a BA Hons in Law. 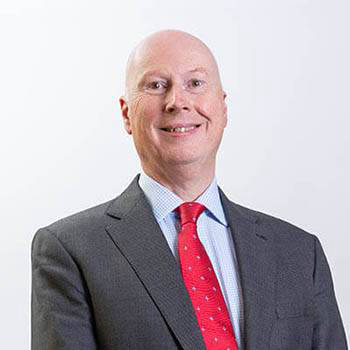 Richard was previously a Trustee Director of Anchor and is the Head of UK Living Advisory at JLL, one of the largest firms of chartered surveyors and property consultants in the world, where his role covers affordable housing, care, student housing and the private residential sector.

Richard has over 30 years’ professional experience, the last 25 years of which have been devoted principally to the affordable housing sector. He is a Fellow of the Royal Institution of Chartered Surveyors and has previously been a partner of Drivers Jonas, Deloitte and King Sturge.

He is recognised nationally as one of the leading valuers and property advisors to Registered Providers, their funders, investors and to government and other stakeholders. Richard is also Chair of Dolphin Living Limited, the not-for-profit Registered Provider subsidiary of Dolphin Square Foundation, and is a regular speaker at conferences in the sector. Richard became Anchor’s Vice Chair on 1 January 2021. 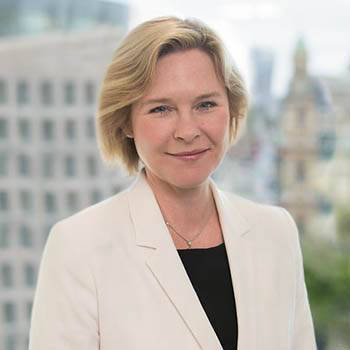 Nicola is an experienced strategist and former FTSE 250 Exco member with a strong corporate governance background in regulated markets. She is a Fellow of the Chartered Institute of Management Accountants.

Nicola joined the Board of Anchor from Hanover Housing where she chaired the Investment Committee. Nicola is also a non-executive director of OFWAT, the Water Services Regulation Authority, and Wings Travel Management, a supplier of travel services to the marine and energy sectors.

Nicola was previously on the Board of the Government’s Money Advice Service. As an executive, she was a Partner at the strategy consultancy Monitor (now Monitor Deloittes). Prior to this she worked as an economist for Coopers & Lybrand, leading economic development and regeneration strategies for UK regions.

Nicola has an MA (PPE) from Oxford University and an MBA from INSEAD. Nicola became Anchor's Senior Independent Director in January 2021. She was also appointed Trustee of Reading Blue Coat School in June 2021. 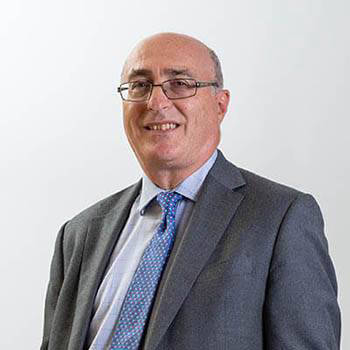 Mike is a Fellow of the Institute of Chartered Accountants in England and Wales. He was previously a non-executive Board member of Hanover Housing Association.

His career commenced at KPMG as a trainee accountant where he progressed to the role of Senior Manager during his 11 years’ service. Mike then spent 20 years in broadcast television, his last role being Deputy Group Finance Director at ITV plc. He was the independent member of Metropolitan Housing Trust’s Audit Committee from 2009 and from 2012 to 2017 he was non-executive director and Chair of Metropolitan’s Audit and Risk Committee.

He was, prior to its merger with two other hospital trusts on 31 March 2020, a non -executive director and chair of the Audit Committee of Southend University Hospital NHS Foundation Trust. Mike currently has other non-executive roles with the Royal Television Society and the Copyright Hub Foundation. 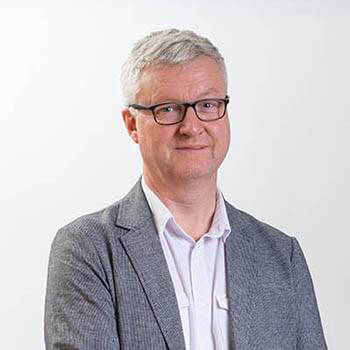 Peter was previously a non-executive board member at Hanover Housing Association and has over 20 years’ experience as a national and local leader of social care and public sector services. He has a track record of improving social care services and significant experience of improving performance, culture, delivering efficiencies in services and building confidence within the workforce.

Peter was a trustee of Community Integrated Care and a longstanding Board Member for the Social Care Institute for Excellence (SCIE), the national body for research and development work in social care. He also serves as National Executive Member and Treasurer of the New NHS Alliance. He has a degree in Social Work and an MBA. 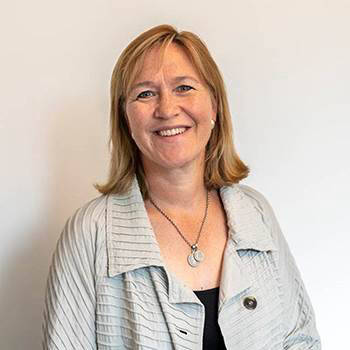 Rachael has recently been appointed as the CEO of Incommunities, having previously been the Managing Director of the South East business of Taylor Wimpey, the FTSE 100 housebuilder, where her role covered all aspects of the regional housebuilding business portfolio.

Prior to 2019, Rachael was Chief Operating Officer and Executive Director of Finance at Catalyst Housing, a member of the G15 group of London’s largest housing associations. Having previously held Executive and Finance roles in a number of housing associations in London and the South West, Rachael’s broad portfolio of expertise ranges from strategic finance, governance and risk, to housing development, customer service and business change.

She is a Fellow of the Association of Chartered Certified Accountants (FCCA) and has held a number of non-executive roles in housing, the NHS and arts charities. 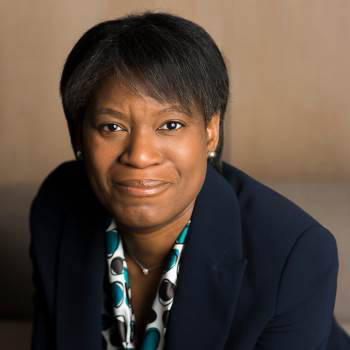 Denise was appointed to Anchor’s Board in March 2022.

She is Sky’s Chief Talent, Diversity and Inclusion Officer, responsible for developing and delivering Sky’s Group Talent strategy and working with the Group Executive to drive Sky’s ambition to become a more diverse and inclusive organisation.

Prior to this, Denise was at Marks & Spencer, where she had been part of the People Leadership team since 2018. Earlier experience was gained at The Coca-Cola Company where Denise held a number of global leadership positions during her nine-year tenure, latterly as HR Director, Global Head of Talent Management & Global Functions Capability, based in Atlanta, GA. Previous experience was gained at BP, GE Money and Tesco.

Over her 25-year career, Denise has developed a significant track record of creating and delivering commercial, people-focused strategies to drive performance, business transformation and a culture of inclusion.

Denise holds a MA in Human Resource Management, BA(Hons) in English Literature and Philosophy, and is a fellow of the CIPD. 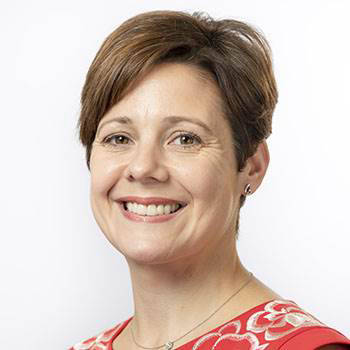 Katy joined Anchor's Board in 2020 as a Non-Executive Director and is Chair of e-commerce provider OnTrack Retail. She is also a founding member of the Business in the Community Place initiative and leads diversity and customer initiatives across the rail industry. 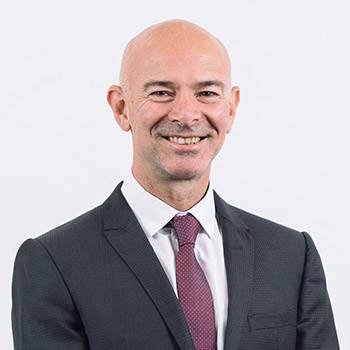 Peter worked at Taylor Wimpey plc for over 30 years where he was Divisional Chair for 11 years and was responsible for the Spanish business and served as a member of the Executive Committee. Peter previously worked for CALA Homes as Area Land Director, South. 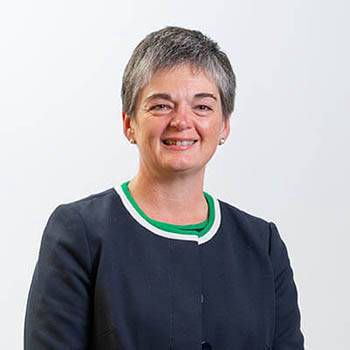 Jane joined Anchor in 1999 from BUPA, which had acquired Care First plc where she was Personnel Director. She was appointed Chief Executive of Anchor on 9 March 2010. Prior to joining Care First Jane held HR and governance roles with Bromford Housing Group and Midlands Electricity plc.

Jane is Vice Chair of Associated Retirement Community Operators, representing the growing market for retirement village provision in the UK. Jane is also Vice Chair of the National Housing Federation which represents housing associations in England. 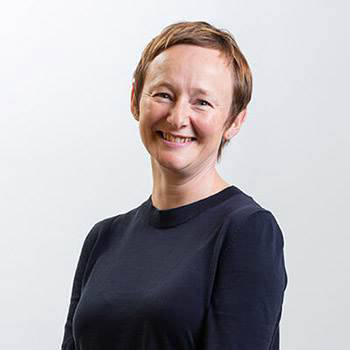 Sarah Jones’ role as Chief Financial Officer is accountable for ensuring that Anchor is a sustainable organisation with the financial resources needed to meet our commitments to existing customers, deliver value for money to all stakeholders, to finance the development of new services and approaches, and manage risk and procurement.

Sarah joined Anchor as Finance Director in September 2014 from leading office supplies distributors Spicers Ltd, where she was Chief Financial Officer. Sarah, a Chartered Management Accountant, has held a variety of senior finance roles across large corporate and private equity businesses, including being the Director of Finance in UK & Republic of Ireland at Carpetright Plc and senior roles at HMV and The Burton Group/Arcadia.  She holds an MSc in Strategic Management Accounting.

Sarah is a Trustee of Arthritis Action, a UK charity helping people with arthritis improve their quality of life.